The GOV.UK website user data is finally showing the mobile future, we were all promised.

I find the GOV.UK site an endless resource of great knowledge on a cross-section of ‘real’ users in the United Kingdom, so while browsing the GOV.UK performance stats today I spotted this: 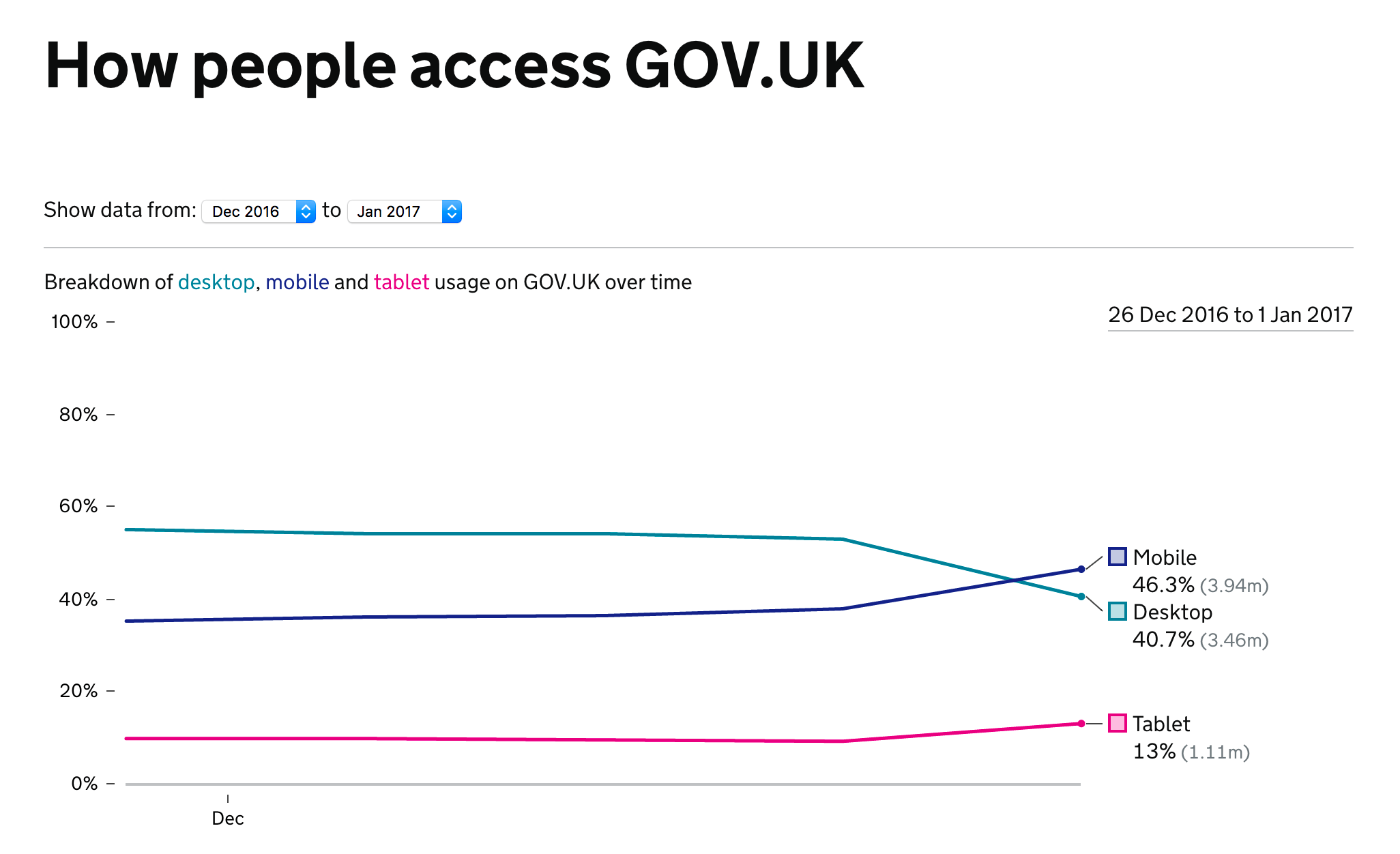 I think this is an important moment. For the first time the paradigm shift from desktop to mobile is significant enough that GOV.UK and its services needs to think mobile first. It would appear to be almost at the tipping point in the UK where we access the internet more on smartphones than desktops.

Techies have waxed lyrical for years that mobile outstrips desktop. This data is on average relationship to tasks associated with micro-transactions, or limited attention tasks. I have found the UK government site a good counter-point to this data. Most UK residents will have to use the site at some point to do meaningful things that can affect their life in a significant way.

It struck me this data might be a minor blip, so I zoomed out and looked at the data in a wider context. I rolled the stats back to Apr 2013 (the earliest permitted) and saw 2 interesting things: 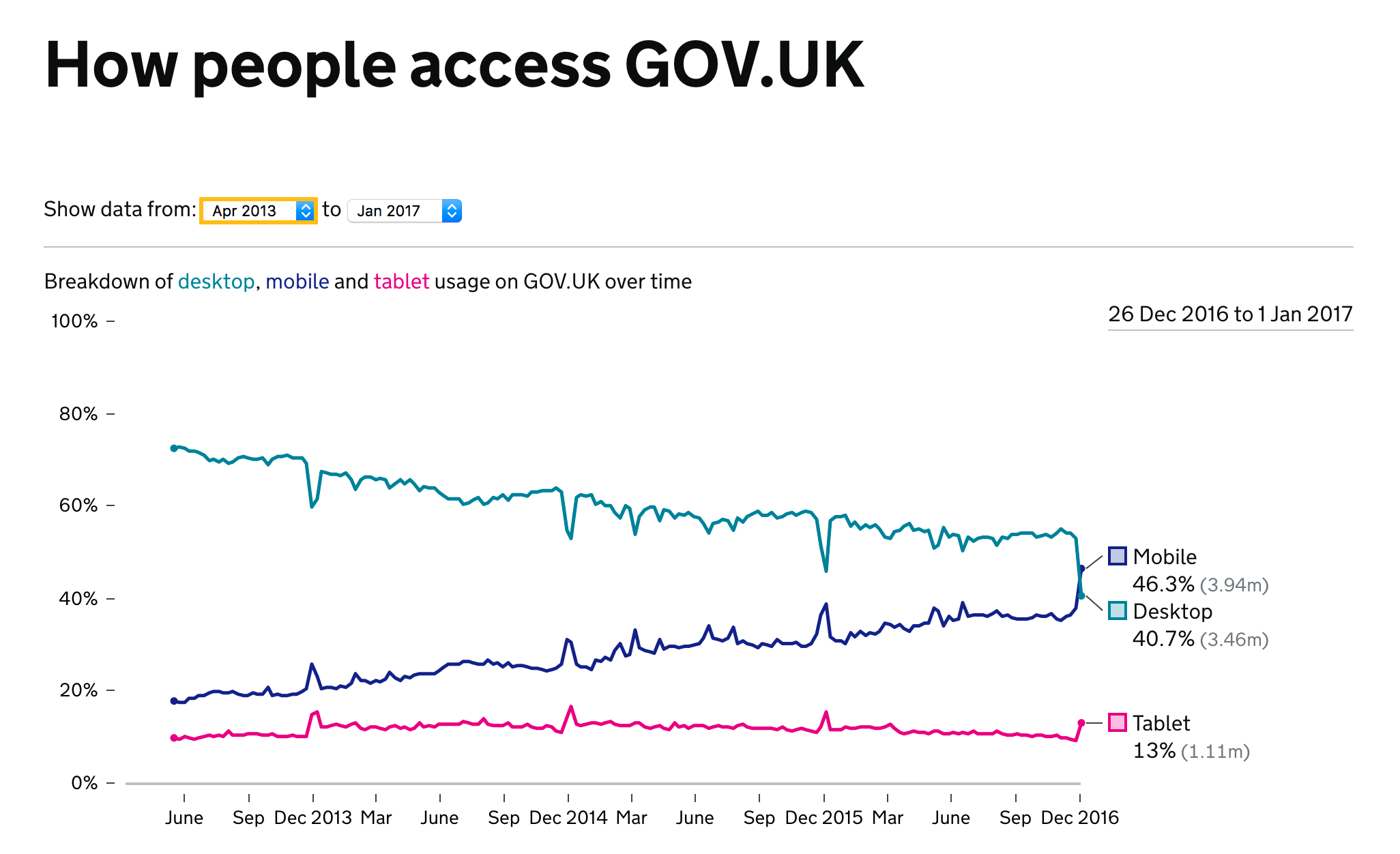 This data dispels some myths I often hear, proving: